...A microwave!  About 3 months ago my microwave which I thought was leaking serious radiation finally keeled over and died after nearly blowing us up like it had a major score to settle. After much deliberation, we decided not to buy another. Let me give you a brief history of our relationship with microwaves over the years. We always buy the shiniest, techest, most cutting edge microwave. We never scrimp or try to save money because it was integral to the household. But it never seemed enough because they always give up the ghost in a short time. So the cycle was endless: We lose a microwave to old age (8 months to 2 years in the tech world) then we enter the world of Amazon reviews and begin studying again. "Baby they say this one can cook beans from scratch and even add pepper and Maggi for you " "Hunni, this one can melt ice and reform it back to ice again with its warming cooling technology" "Omd baby look at this one, IT CAN  TOTALLY BABYSIT" ? After days of trolling reviews, we usually get something that was similar if not identical to what we had before and the cycle continues. This time we had enough. We decided not to replace good ol betty. We were anxious though, pacing up and down making noises that oversized men make in the gym when pumping 3kg of iron.  'We are gonna do this. No microwave, no problem.' First week, yup, it was ok. We were feeling the health benefits already. My skin was glowing, nails were stronger and I swear I had grown an inch or so in height ?. Week two, as many pots were used to warm up food, I began to feel angry. I didn't subscribe to this mediaeval life, I am a modern city gal, ain't no body got time for this. Walking down the supermarket aisle, microwave meals became more appealing to me "This tuna, salmon, beef combo looks so lit" "Who knew that mango pasta went so well with pork scratchings" I was shaking from microwave withdrawal. What have I done and how can I survive this mighty feat I have brought upon myself? Into week 3. I had to survive somehow pipo. I found myself looking in the mirror and chanting affirmations ever so often in the day " You are beautiful, no microwave on earth deserves you" "You are enough, don't let the microwave tell you otherwise" "You deserve better, you deserve a high tech oven that can do dishes,  sing lullabies and cook soup ALL at the same time" After the third week, we pretty much adapted, utilising a lot of smaller pots and making a habit of giving a quick wash as soon as we were done to avoid a pile up. Three months down the line, we are pretty much in tune with our situation and we will never go back to using a microwave. One serious benefit is we eat less junk and plan way ahead of time for proper meals. Wasn't so bad after all. So now that I have inspired y'all who is giving up their microwave today, do like this ?‍♂️. Lol. Outfit time 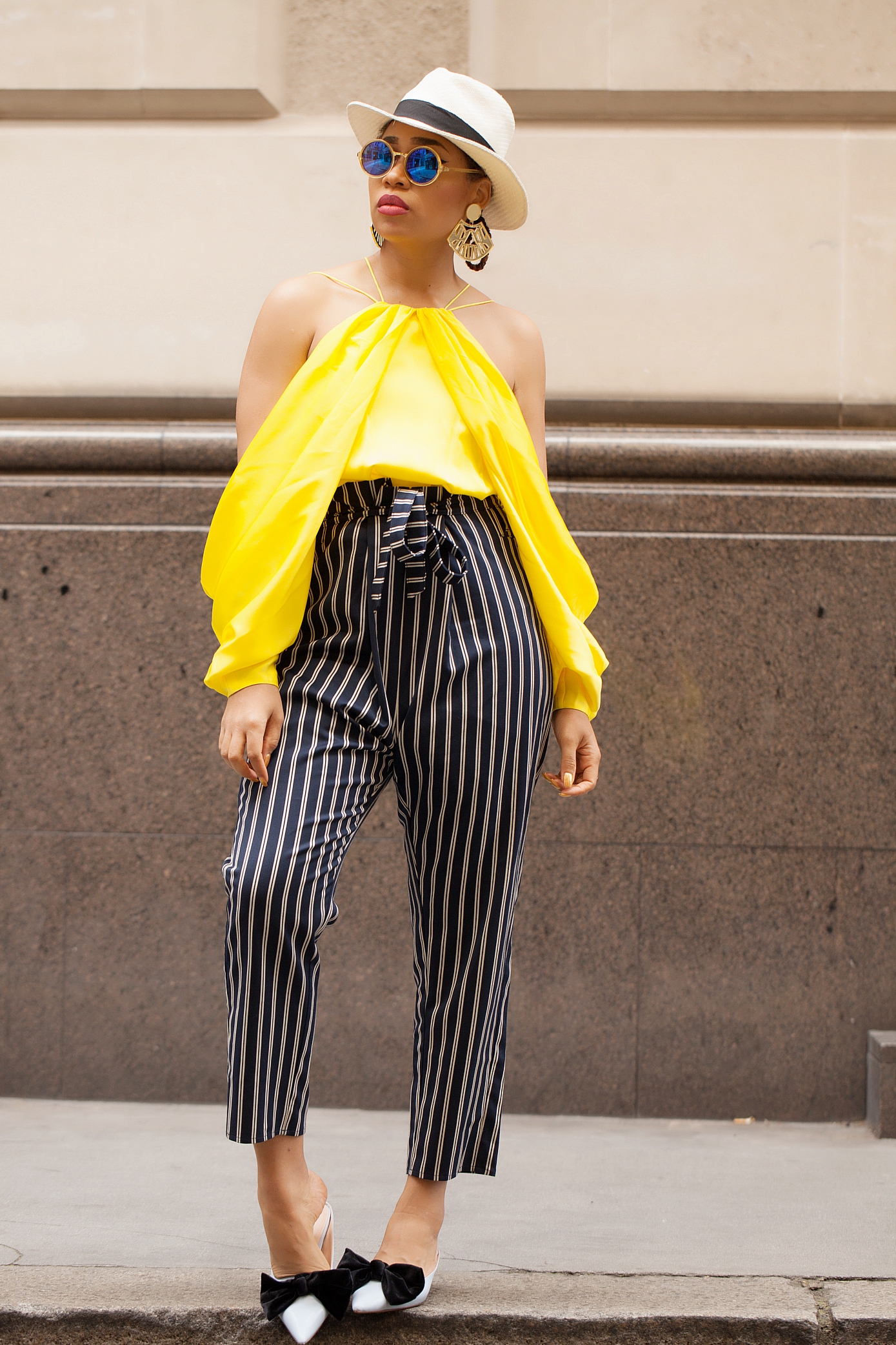 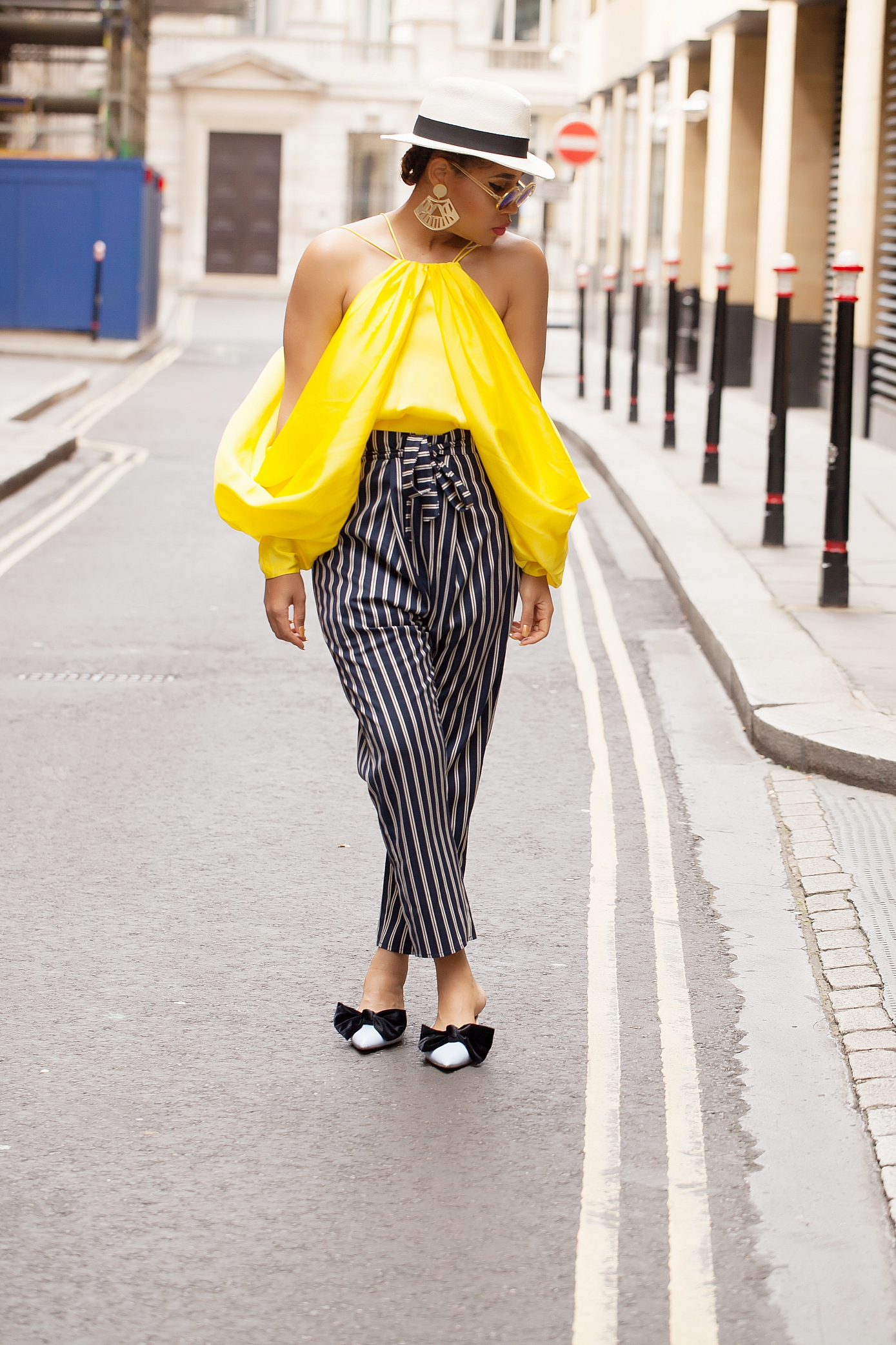 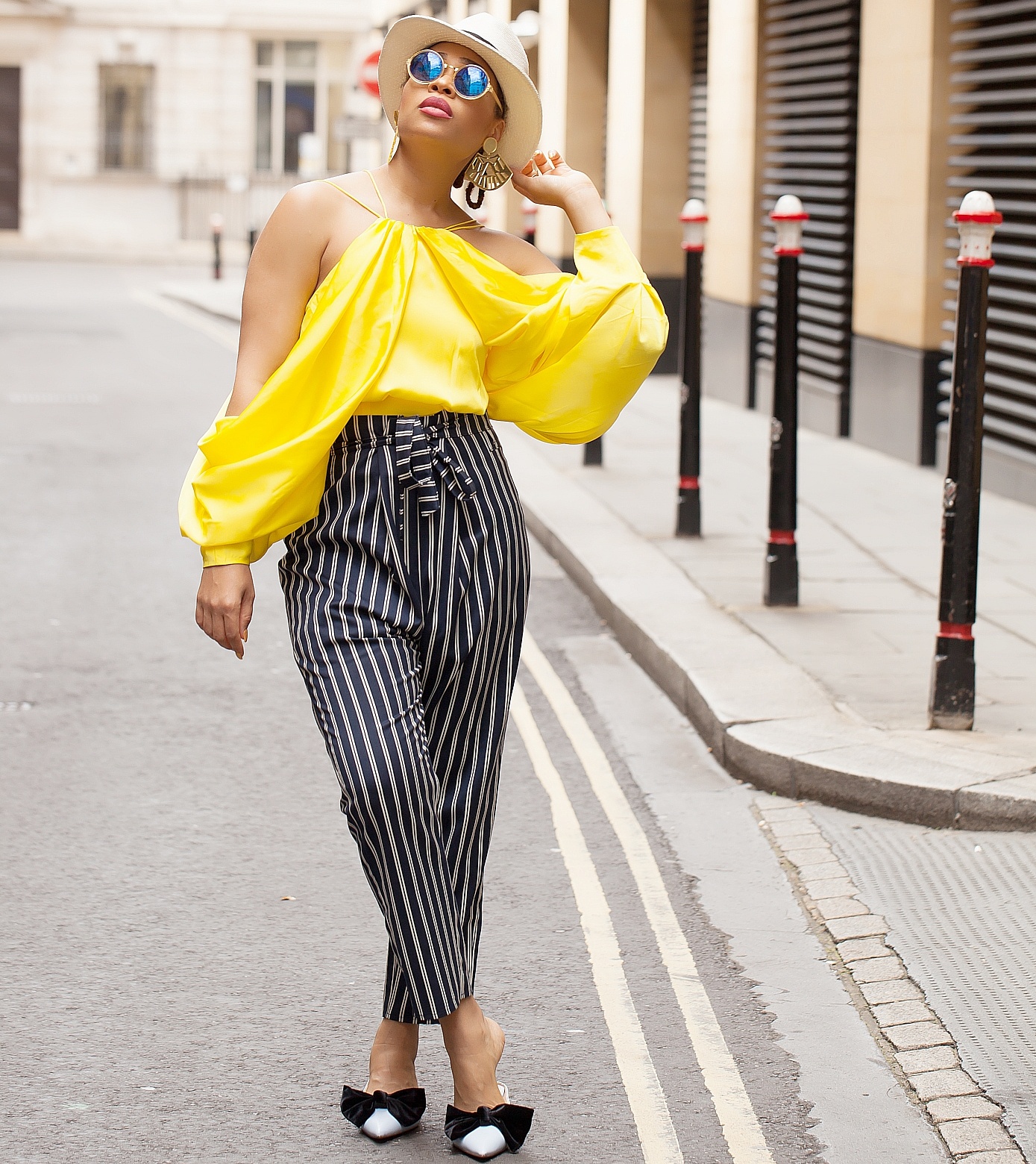 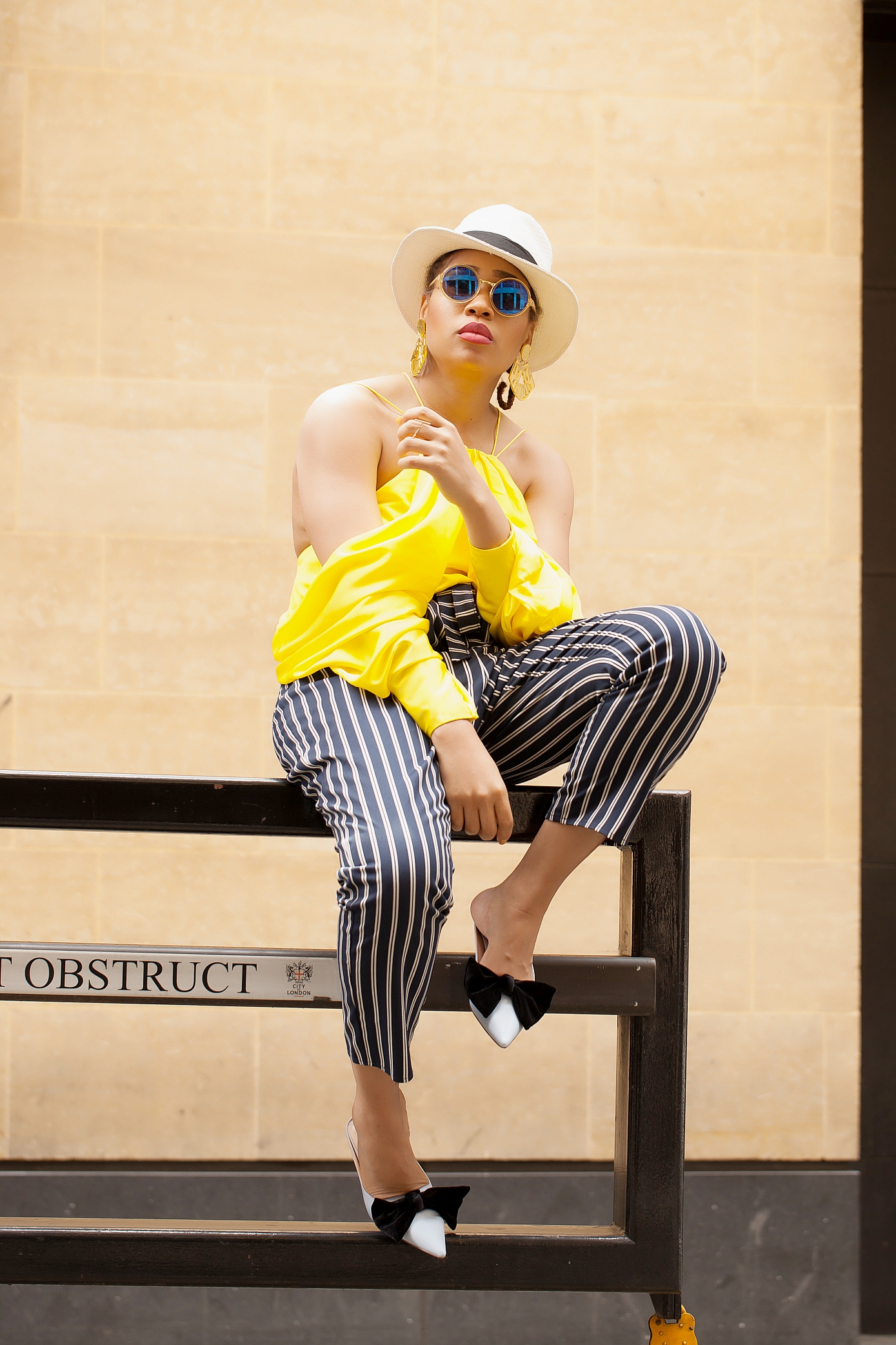 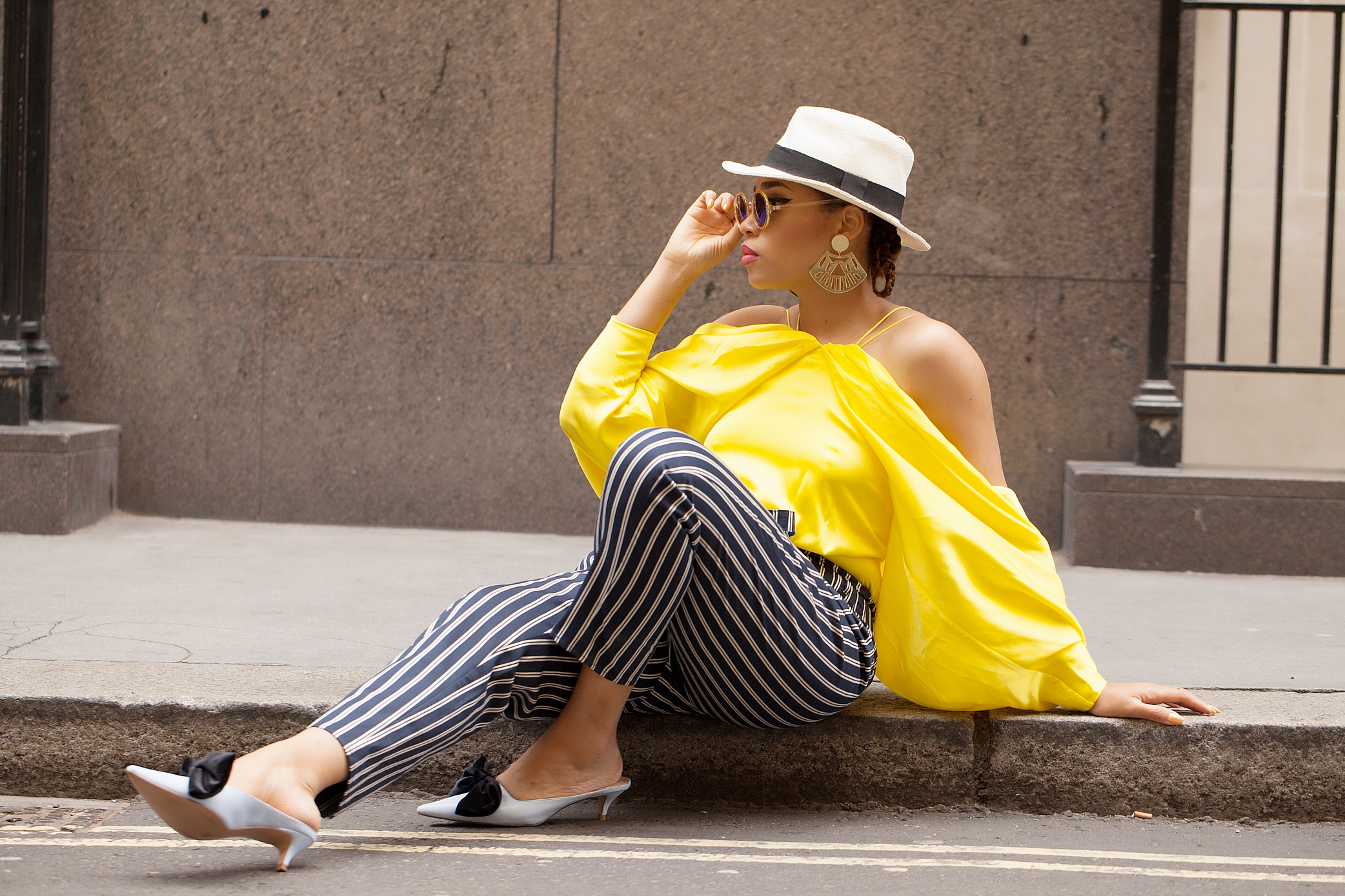 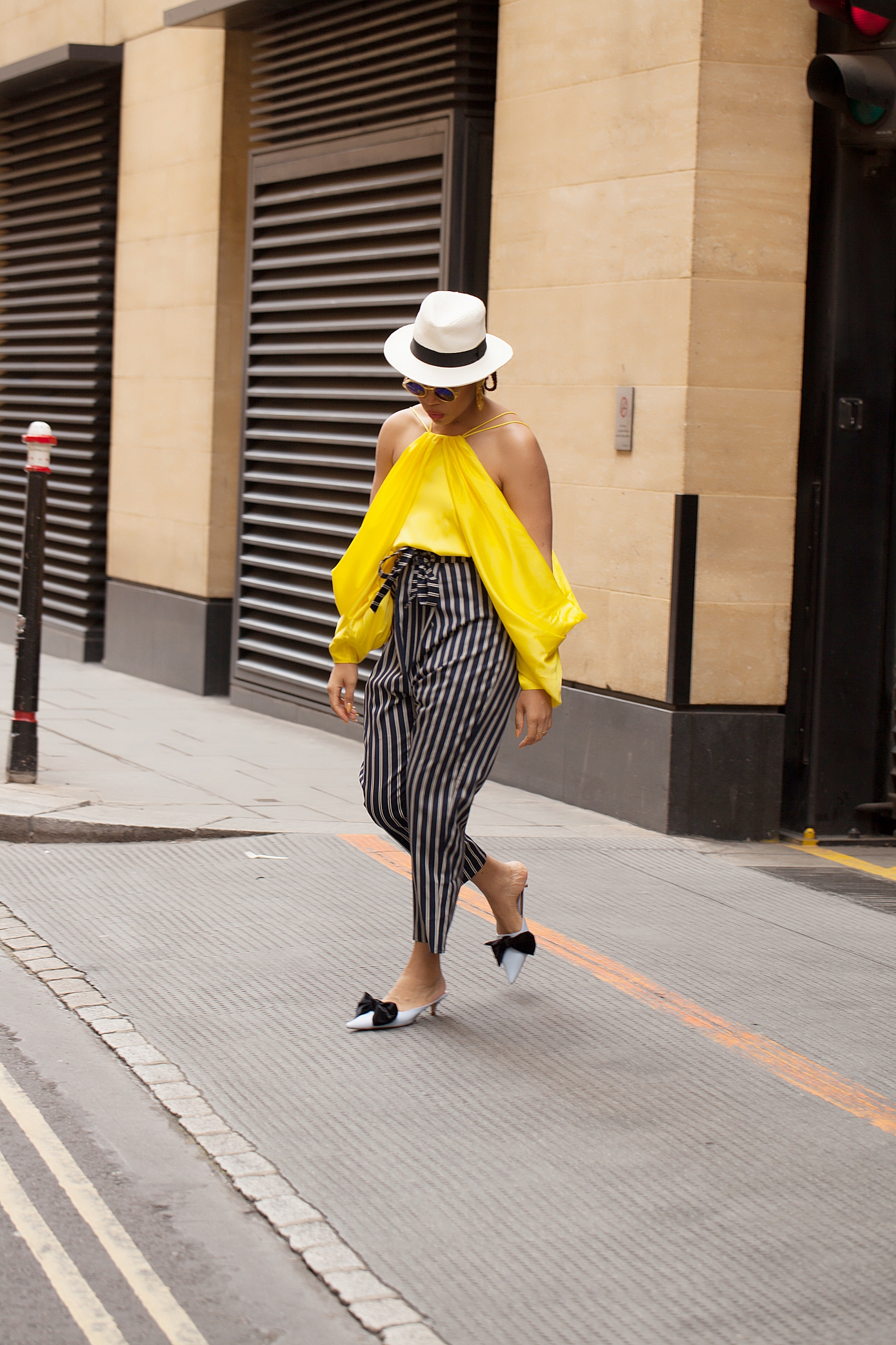 My top is a dress from ASOS worn as a top Trousers (old) also from ASOS Shoes from Zara Hat from TK maxx Until next time Buttercups.